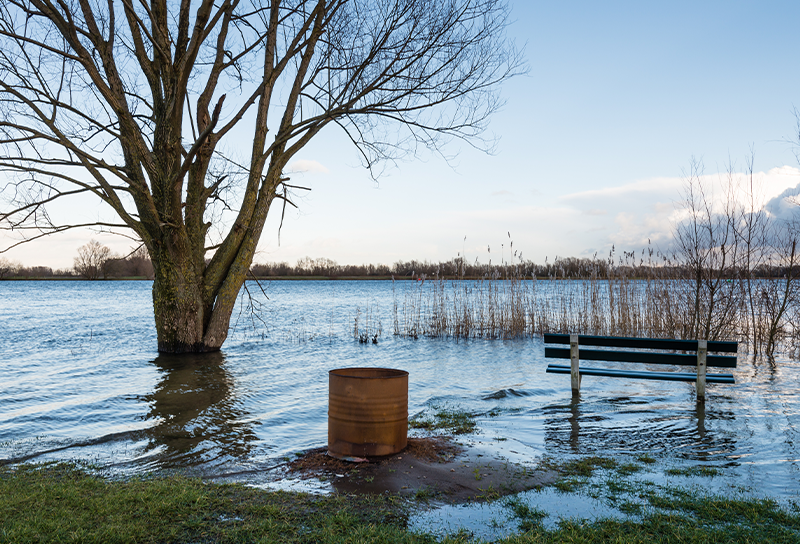 Spring flooding has generated a costly toll in the U.S. in recent years. Three consecutive flood-related weather events in 2019 caused a combined $20 billion in damage.

Here are the spring weather factors meteorologists examine when gauging upcoming flood season risks, and how things look so far in the Southern U.S. this spring:

Heavy February rain has put river valleys across the U.S. at an above-average flood risk. As of early March, a number of rivers are already above flood stage, including several that are running in their highest percentiles (95th and above) for early March. Rivers in these watersheds can’t absorb any additional water at this point.

Soil is soggier than usual

Meteorologists check soil moisture to determine upcoming flood risk. A drenched ground cannot absorb water from precipitation or melting snow, so it runs directly into creeks, streams, rivers and lakes. Some Southern and Eastern regions are experiencing more saturated soil than is typical for early March.

Lots of snowpack from a freezing February

This year is seeing a steady snowmelt after record cold and winter storms in February. Meteorologists are not so concerned with the amount of snow left to melt, but with how much water is locked up in the snowpack. In some Eastern states, there are as many as three-to-five inches of water stored in the snowpack, which is well above the early March levels of the past several years.

Another potential risk that can influence the severity of spring flooding is spring snowstorms followed by sudden warm spells that accelerate snowmelt and quickly send water into streams, creeks, rivers and lakes. The warmer the spell, the faster the melt.

According to the National Oceanic and Atmospheric Association (NOAA)’s Climate Prediction Center, it’s likely a wet spring is on the way. Last May saw flash flooding in many states. If heavy rain falls on already saturated ground after snow has just melted, water locked in the snow can be released together with the rainfall, leading to a particularly serious flood threat.

Sharing what you know about this season’s flood risks makes you the expert and lets you easily open up the sales conversation. And don’t miss our 7 strategies for selling a lot more flood insurance for great ideas on the who, when and how of flood policy sales.

MacNeill has outstanding flood service and a wide array of flood options including Commercial, NFIP, Private and Excess. Send requests to flood@macneillgroup.com or try a Private Flood quote with the MOUS® rater.

Back to Newsletter     < Previous Article